Cambridge University’s world-renowned Department of Geography had a flume for researching fluvial or tidal erosion in a controlled environment. Essentially it allows researchers and students to test the accuracy of mathematical models and reflect reality. The department wished to extend the research potential the flume offered by introducing a tidal wave generator.

A specialist in hydraulics had designed a system whereby a paddle would move water down the tank to generate life-like waves, but this needed a programmable controller that could offer many wave shapes and repeat count permutations for different areas of research.

The Department of Geography did not want the system to be over-complicated, but it had to be fit-for-purpose, whether it was being used for a major research project or by undergraduates learning about wave power. They realised the flume system would require some bespoke modifications if it was going to be able to generate the range of water movements they required.

Our implementation is based on a 32bit Arduino with a custom shield. This shield allows interfacing with the hydraulic power pack and sensors which are specified to industrial standards and as such will not interface directly. The power pack will drive the paddle in an arbitrary motion against a significant head of water, presenting a very simple electrical interface to the Arduino.

The system is controlled by a simple text-based scripting language. Programs are designed on a PC, and saved to an SD card which is inserted into the controller. Because the user has complete freedom with regard to the content of the programs, the software has to be extremely robust to defend against errors. Useful diagnostic information is displayed on the LCD screen if problems are discovered during the parsing process. The Arduino platform has the lowest barrier to entry in the industry, and thus allows future enhancements without vendor lock-in. 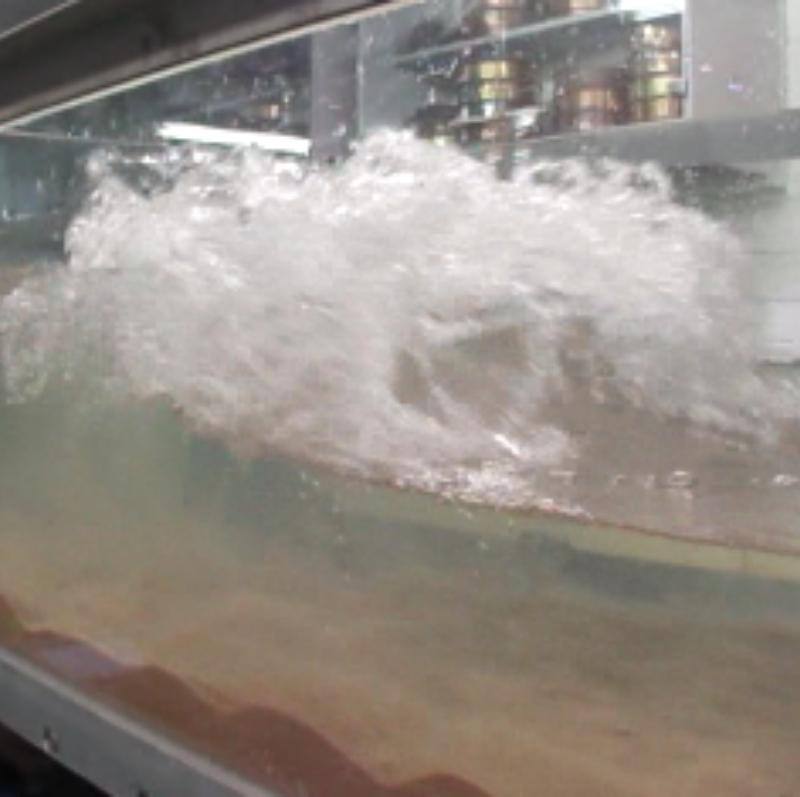 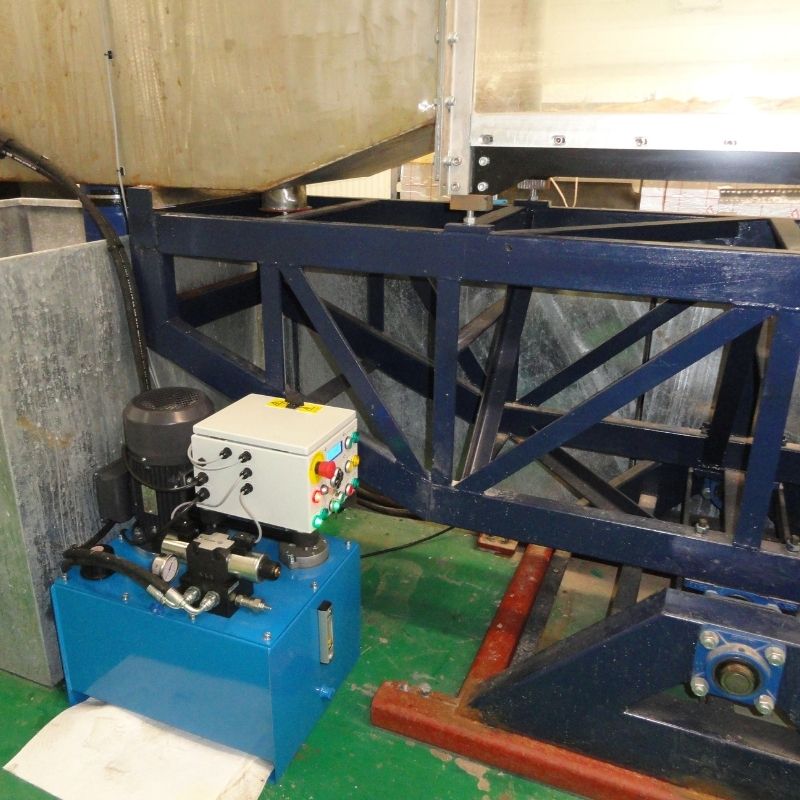 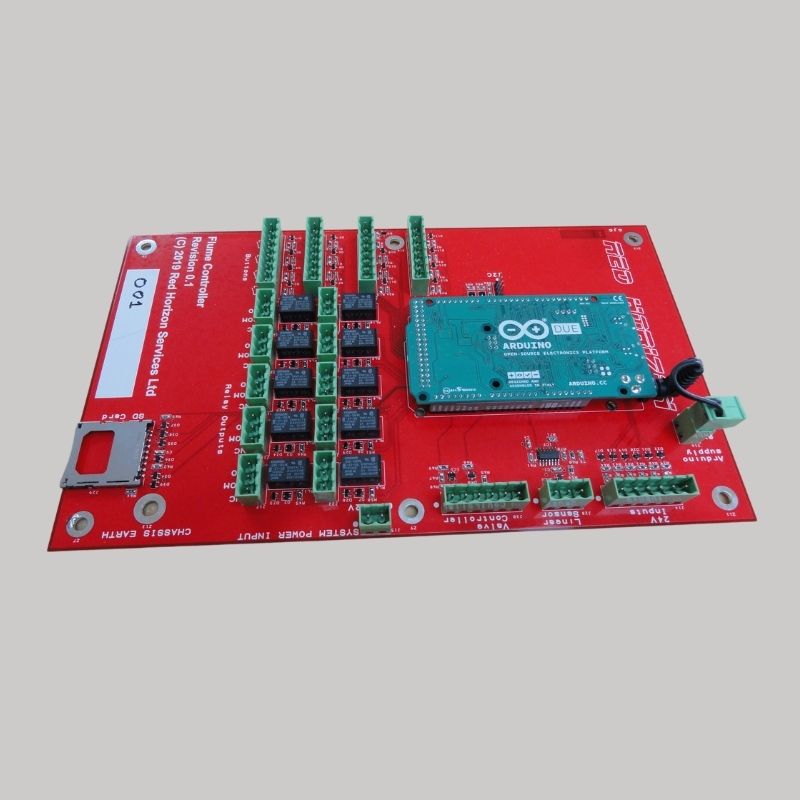 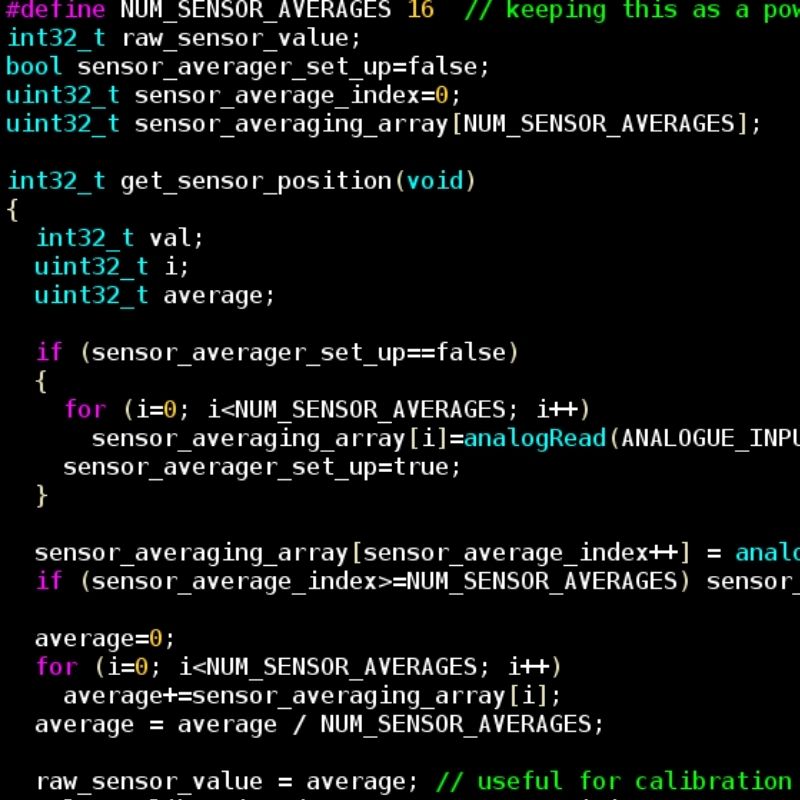 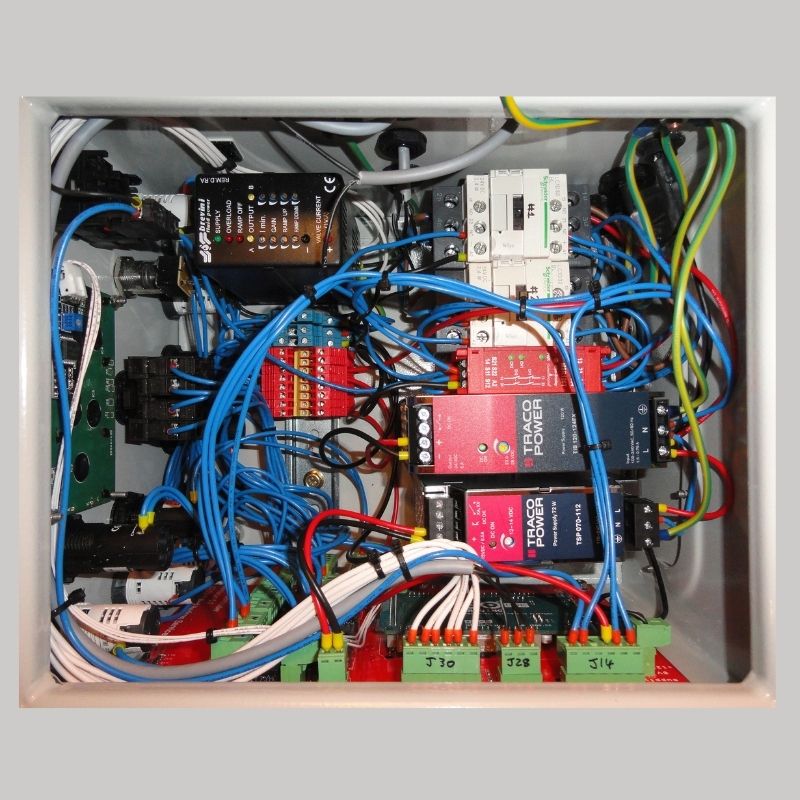 The programming scheme offers the user a high degree of control over system operation. Each program line is an instruction with multiple parameters, which can also be repeated either singly or in blocks.

We worked closely with the academic team to make sure the controller we designed was both flexible and easy to use. There were lots of meetings to ensure the technical requirements could be translated into an achievable appliance.

We designed our controller so it could accommodate later modifications. We knew that once the Department of Geography had become familiar with the system they would think of new applications and adjustments.

We use cookies on our website to give you the most relevant experience by remembering your preferences and repeat visits. By clicking “Accept All”, you consent to the use of ALL the cookies. However, you may visit "Cookie Settings" to provide a controlled consent.
Cookie SettingsAccept All
Manage consent

This website uses cookies to improve your experience while you navigate through the website. Out of these, the cookies that are categorized as necessary are stored on your browser as they are essential for the working of basic functionalities of the website. We also use third-party cookies that help us analyze and understand how you use this website. These cookies will be stored in your browser only with your consent. You also have the option to opt-out of these cookies. But opting out of some of these cookies may affect your browsing experience.
Necessary Always Enabled
Necessary cookies are absolutely essential for the website to function properly. These cookies ensure basic functionalities and security features of the website, anonymously.
Functional
Functional cookies help to perform certain functionalities like sharing the content of the website on social media platforms, collect feedbacks, and other third-party features.
Performance
Performance cookies are used to understand and analyze the key performance indexes of the website which helps in delivering a better user experience for the visitors.
Analytics
Analytical cookies are used to understand how visitors interact with the website. These cookies help provide information on metrics the number of visitors, bounce rate, traffic source, etc.
Advertisement
Advertisement cookies are used to provide visitors with relevant ads and marketing campaigns. These cookies track visitors across websites and collect information to provide customized ads.
Others
Other uncategorized cookies are those that are being analyzed and have not been classified into a category as yet.
SAVE & ACCEPT